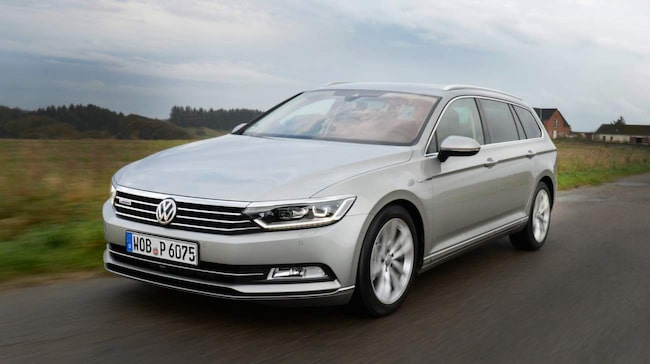 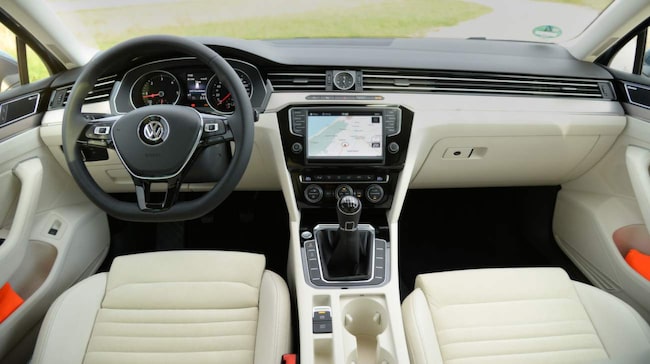 TANNIS. This is the new car that is going to get Volvo car sales people shaking in their boots.

VW, with the completely new and luxurious Passat, has also priced the new car at a level which you just can’t say no to.

Volkswagen has also tried to steal some of Volvo’s selling points in their drive to really make inroads into Volvo’s market share.

The Passat now has City Emergency Brake, an adaptive automatic brake system which uses radar, Rear Traffic Alert, Side Assist and Area View, a development of the 360 degree all-round view around the car based on four cameras. This includes a new obstacle warning function.

The Passat’s equipment is further enhanced with the third generation Park Assist and Trailer Assist.

Volvo has been soundly beaten by a number of competitors when it comes to load space and the new Passat is not going to give the V70 a chance in this area either.

The Sportscombi load space is 47 litres bigger than the previous generation and now holds 650 litres with the back seat up. The V70, with its 575 litres, is therefore soundly beaten.

The load space of the Passat with back seat down is 1780. The wide tailgate and low sill of the Passat also make it slightly easier to load.

Volkswagen’s engines are also world class, particularly the popular diesel engines. The 150 bhp diesel in the test car is strong across the entire rev range, is vibration free and relatively silent.

We chose a really challenging road for the Passat on the test roads around Hotell Tannishus in Denmark, where the Car of the Year jury test drives the year’s finalists. It is full of potholes, narrow and twisty.

The Passat Sportcombi however shines.

The steering is razor-sharp, never even slightly nervous not in any bends and the Passat doesn’t feel as big as it actually is when weaving between Danish potholes and farms.

Another area in which Volkswagen has really excelled is in making the new Passat feel luxurious and stylish. Outside, the styling of the car is pure, with elegant straight lines along the side. And I think the new grill makes the Passat look beautiful.

The Passat is, however, just as elegant on the inside, a number of design elements having been taken directly from the Phaeton, the Passat’s older sibling.

The new instruments, with a high resolution digital colour screen between the two round gauges, gives good, simple information to the driver.

There is also a large touch screen in the centre console and the car, via Car-Net, connects up to a number of different types of digital services.

The test car we drove in Tannis had a two litre 240 bhp Biturbo diesel engine, which is magnificent. This, mated to a 7-speed DSG gearbox, gives a driveline which is a dream to use. The powerful engine however gives a combined cycle consumption of 5.3 litres per 100 km.

The 150 bhp engine is probably the best value for money in Sweden, also with a lower fuel consumption of 4.5 litres per 100 km. A plug-in hybrid version of the Passat, the GTE, will also be launched a little later in the spring.

”Not worried about Passat”

Volkswagen has rolled out a massive PR show for the new Passat, including a well attended tour around Sweden. VW’s show at Östermalmstorg in Stockholm was packed with people wanting to see the new car. And it needs to be. Volvo’s CEO Håkan Samuelsson was asked during The Paris Motor Show whether he felt the Volvo V70 was threatened by the new Passat. He answered:

‘Not at all. I am not worried about the Passat taking Volvo’s first place in Sweden’.

It will be a tough fight.

VW has worked intensively to reduce weight, increase power and reduce fuel consumption. New engines must also meet Euro 6 emission requirements. Volkswagen is way ahead with its class leading diesel and petrol engines and VW will be next year adding a hybrid electric to a number of their models. The Passat Sportscombi is available with 150, 190 or 240 bhp diesel engines, the 190 and 240 being available with four wheel drive, the 7-speed DSG gearbox only being available on the 240. The petrol engine version has 150 bhp and a 6-speed manual gearbox.

The VW Passat impresses with its razor-sharp steering and good roadholding. The car inspires high levels of confidence and doesn’t feel as big as it in fact is. We also test drove the 240 bhp diesel fitted with VW’s DCC, Dynamic Chassis Control, with XDS+. XDS+ is a new type of electronically controlled differential which brakes the inner wheel in bends. And it works - very well. The Passat is not as good without XDS+.

VW has given the Passat three levels of trim, Masters, GT and GTS. The GT is fitted with aluminium trim, a better trip computer, other trim and Driver Profile Selection. The adaptive Dynamic Chassis Control - DCC, Servotronic Sport and LED headlights are only available on the GTS. The towing, easy park and safety packs are good options. They however together cost around SEK 35,000.

Volkswagen has developed new seats for the Passat. They however still feel a little hard and the seatbacks are not as pliant as for example the seats in the Volvo V70. Engine and road noise is there as a muffled wall of sound behind you. Hardly noticeable, but still. Plus even more comfort for all five passengers. The back seat is very good.

The 150 bhp diesel uses 4.6 litres per 100 km for the EU’s combined cycle, which is a good figure. However this is slightly higher than, for example, Volvo’s 181 bhp D4 equivalent. What is perhaps even more impressive is that the 240 bhp version manages a low 5.4 litres. VW’s really economical Passat will however be the GTE plug-in hybrid - a future popular company car.

We are still waiting for the VW Passat to be crash tested by EuroNCAP. VW’s equipment pack however includes all the safety systems available today. Some of the most useful systems are however missing from the standard equipment list. VW’s focus on slightly unusual systems such as Park Assist and a Trailer Assist is however fun.

Volkswagen makes some very small adjustments to its design for the eighth generation. The new Passat looks as long, big and elegant on the outside as it feels on the inside. The new grill gives the car a prettier face than the old model and the the design works very well on the estate. A stylistically pure design, but one that perhaps does not get your heart beating much faster.

The VW Passat interior’s clean interior design is so very elegant. A lot of this comes from the Phaeton luxury car. A large screen dominates the centre console and VW has reduced the number of buttons on the steering wheel and around the gear lever. The luggage bay also has an elegant and clean design. VW shows the way digitally with intelligent connection and well integrated screens.

Volkswagen has consciously chosen an aggressive pricing strategy. The Passat Sportscombi with the150 bhp diesel engine, DSG gearbox and Masters trim costs from SEK 317,900. The equivalent V70 costs, according to latest web site price list, SEK 330,000, the 8-speed automatic gearbox costing SEK 20,000. VW has set reasonable prices for its extra equipment, but you will probably have to spend an additional SEK 30-40,000 to get the car you want.

The VW Passat’s load capacity is 650 litres with the back seat up. Lower the back seat and you can get 1,780 litres into the easy to load luggage bay. The boot sill is relatively low. The roof is however also very low and it’s a long way from the rear bumper to the backseat.